C. F. Jacobson was born in Silver City, New Mexico, the youngest of three children and the son of Dr. R. H. and Cecile Jacobson. He spent his childhood in the shadow of M Mountain and adventuring throughout the campus of the New Mexico School of Mines in Socorro, where his father was completing graduate studies in mining and engineering.

As Craig’s father moved throughout his mining career, Craig was introduced to various cultures—from the world of pueblos and white sands, to the jungles of Papua, New Guinea; from the Rocky Mountains of Denver, Colorado, to summers staying with Grandmother and frolicking on the beaches of Pensacola, Florida. At the age of ten, he moved to South Texas, where he became a teenager amidst caliche roads and mesquite trees, before finally moving, without his siblings, to the frozen landscapes of Laramie, Wyoming. It was in Laramie where he finished high school and received a bachelor’s degree in music composition and theory at the University of Wyoming.

Craig began writing poetry and lyrics at the age of eleven while attending a private Christian school in Beeville, Texas. Sister Bobby Hurst made it a rule that he could work on his creative writing as long as his academic work was completed for the day.

This was the beginning!

At the age of fourteen, he took up the challenge from a friend to learn to play the guitar so that he could put his lyrics to music. Soon after, he moved to Laramie, Wyoming, where the long, cold winters gave him ample opportunity to become a writer, musician, composer, live-sound engineer, and home-recording enthusiast. It was during one of these first winters that he finished his first short story, “Child’s Dream.”

While completing his music degree over a five-year period, he also continued his pursuits as a creative writer, taking every class available, culminating in two years of graduate-level independent studies with author Robert Roripaugh, who introduced Craig to the love for, and necessity of, editing and rewriting.

After graduating from the University of Wyoming and obtaining certificates as a recording engineer at the Recording Workshop in Chillicothe, Ohio, over the ensuing three months, he moved to Austin, Texas, to begin a twenty-year career as a live-sound engineer while continuing his creative writing and music pursuits.

Craig is currently an over-the-road truck driver, traveling the forty-eight states and Canada, playing guitar and keys, writing songs, coming up with new ideas for his short stories, and continuing to work on his first novel. 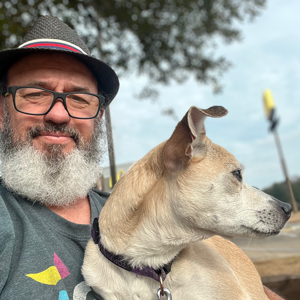 The Beckoning Pages is a collection of short stories and poetry written throughout my life. One of my intentions with this collection was to give the reader the opportunity to find a story within these pages to match the reader's available time. Whether five minutes or an hour or two, my hope is to provide a brief departure from the present difficulties of this world, and an enjoyable respite in another; though, I must admit, some of the worlds within these pages have their own difficulties. - C. F. Jacobson