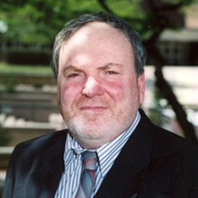 Theodore Roosevelt/Spring Rice in WWI, Joshua Barney, Dolley Madison, Elizabeth Monroe, & USN "Airdales" is a collection of nine biographical essays describing the lives and accomplishments of those "who have made America a better nation." Along with the individuals listed in the title, the book has four additional brief essays on: Hugh Mercer, Martha Washington, Anthony Wayne, and Oliver Otis Howard-"The Christian General." On the book cover are images of TR and his family; Sir Cecil Arthur Spring Rice; Commodore Joshua Barney and an ink sketch of one of his Flotilla boats; and First Ladies Dolley Madison and Elizabeth Monroe.

At the bottom of the book cover is a 1960s photograph of the U.S. Navy "Airdales" with the author's late father standing at extreme right. Enlisted "Airdales" serve as crewmembers in U.S. Navy warplanes. During WWII, Daniel C. Marrone fought as a tail gunner on USN Avenger TBFs. Among his many military decorations was the "U.S. Navy Air Crewman Wings."

These individuals faced formidable obstacles and while their accomplishments differ, they all made an indelible mark on New York State history. These individuals rose to greatness and became leaders by eventually triumphing over all adversities with an abundance of can do spirit.

The book is intended for those wishing to study leaders and leadership. On the book cover is the 1942-1943 U.S. Navy Roundel--the insignia painted on World War II Grumman Avenger TBFs (Torpedo-Bomber-Fighters). The author’s father, USN Petty Officer 3rd Class Daniel C. Marrone was an Avenger TBF tailgunner in the Pacific Theater. At the center of the Roundel is the historic marker honoring General Nicholas Herkimer for his valor at the decisive Battle of Oriskany.