Home – AUTHORS – Ed DeVos
a
Ed DeVos is a retired highly decorated US Army Infantry officer with over 20 years of active duty service in Vietnam, Germany, and various other locations in the United States and overseas. He is a distinguished graduate of the US Army Command and General Staff College where he received his Master’s Degree in Military Arts and Science with an emphasis on military history. After his retirement from the Army as a self employed businessman for over 17 years, he helped hundreds of families in all aspects of investments and insurance. For many years, he has served Jesus Christ in the churches he attended in various administrative and teaching positions. In addition Ed has written a number of newspaper articles concerning South Carolina’s involvement in the American Revolutionary War as well as being published in the Infantry Magazine at Fort Benning, Georgia. Ed and his wife Susan now enjoy their retirement home in McCormick, South Carolina. 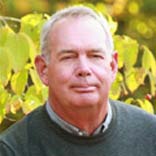 The Stain: Crisis In Conscience A Historical Novel

Set in the period A.D. 33 – 34, The Stain focuses on the Roman Centurion who leads the detail that crucifies Jesus Christ and why he declares at the cross, “Surely he was the Son of God.” Our story begins ten months earlier at Herod Antipas’ desert fort, Machaerus, where Antipas orders the newly arrived officer to kill John the Baptizer. Before doing his duty, the man is challenged by John to put his trust in John’s God instead of his Roman gods. While the warrior rejects John’s plea, doubt arises in him, haunting him in the months ahead when he faces an appeal of a trusted friend, the words of an old Jewish man, and then the testimony of a young lad who claims Jesus of Nazareth called him back from the dead.

In the days leading to the crucifixion of Jesus, the soldier learns much about Jesus from James, Jesus’ brother, another Roman Centurion, the disciple Philip, and others. Despite all of the Centurion’s knowledge about the man Jesus, he faces a crisis, a crossroad of his earthly and eternal life. Does he choose to believe that Jesus is the Son of God or not. While The Stain is about one man, it is also about how we struggle with this same question and the belief that only Jesus Christ can cleanse the stain of sin from our hearts.