Janet Deltuva is the owner of Ares & Emzy Photography, located in Boerne, Texas. She focuses on capturing the authentic relationships between pets and their people through a documentary style of pet photography. Her photographs have been featured on the cover and within the book “Warrior Pups: True Stories of America’s K9 Heroes,” written by Jeff Kamen and published by Lyons Press, and in the November 4, 2019 issue of “People Magazine.” Janet retired from the United States Air Force Biomedical Sciences Corps in 2013 in the rank of Colonel. In retirement, she earned a Bachelor of Fine Arts in Digital Photography with Honors from The Art Institute of San Antonio. Janet is a member of the Professional Photographers of America and Hearts Speak Global Community of Artists working for the advocacy of all shelter animals. 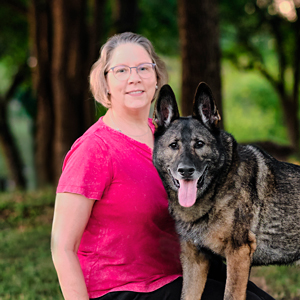 Jacquelyn Flanders is the owner of Jacquelyn K Photography. She began her photography business in September of 2015 and obtained her Bachelors of Fine Arts in Digital Photography in June of 2017. She specializes in real estate and small business photography but her favorite thing to photograph is her travels. She is fond of using her capabilities to provide different perspectives from her point of view in an appealing manner for others to enjoy. Her inspiration comes from Irving Penn who was a famous photographer with claims to Vogue magazine. Similar to Penn, Jacquelyn likes to keep her backgrounds simple yet intriguing. She has a broad background in working with various subjects and mediums while making the time spent on any project memorable. 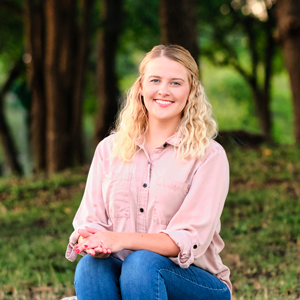 Tails of the Alamo City: A Dog's Adventure Guide

Janet, the intrepid retired Colonel decided to return to college and use her G.I. Bill to learn photography.

After some coursework at the local community college, Jackie discovered her passion was photography and looked for a formal training program to accelerate her skills and prepare her for a business of her own.

And so it was, that in January 2015 Jackie & Janet met at the Art Institute of San Antonio.

Through the many courses they took together at the Art Institute Jackie & Janet's friendship matured into one that would extend beyond school into an enduring and adventurous bond.

They have traveled to Australia, New Zealand, Utah, and many places in Texas - always with their cameras in tow and sharing the settings, lenses and angles of the image they were going to capture.

This is their first book project.