Ralph Vincent Morales was born sixteen months after the death of the uncle whose name he carries, Vincent (Vinnie) Benore “Saint” Santaniello. Vinnie was killed in action on March 28, 1968, in Cam Lo, Vietnam, as a nineteen-year-old USMC lance corporal. Ralph grew up in the same house in which Vinnie was reared in Jamaica, Queens, New York City. Ralph was determined to overcome the challenges of his childhood and he did just that by graduating from Georgetown University in Washington, D.C. in 1991 before moving back to New York. He worked full-time during the day, attended class at night, and graduated from St. John’s University School of Law in 1996.

Ralph went on to become a successful, highly respected prosecutor in Brooklyn, New York, where he developed a reputation as a fair-but-tough prosecutor and a terrific trial attorney who accepted any case, regardless of its inherent challenges. As an assistant district attorney, Ralph was regarded as a formidable adversary and a compassionate advocate for those seeking justice. Ralph eventually moved on to private practice, where he further enhanced his reputation amongst his peers as a respected trial attorney.

Ralph also is a highly regarded member of his community in Farmingdale, New York, where he has volunteered countless hours as an elected Board of Education trustee. He has served as president and vice president during his tenure on the Board of Education. He also is an Executive Board member of the Farmingdale unit of the Nassau County Police Activity League. “Coach” is second only to “Dad” on Ralph’s shortlist of favorite titles. Last, but certainly not least, Ralph is wholly devoted to his family, including his wife, Joanne, and their five children: Mark, Luke, Rebecca, Gianna, and Mateo.

When Ralph is not in court trying significant matters before juries throughout New York City or in Nassau and Suffolk Counties, he can be found giving inspirational talks to the children of his school district or coaching children of all ages in various sports. And if he is not selflessly tending to the needs of his community, Ralph is upholding the one tenet that was of paramount importance to the uncle that he never got to know and love: He is undyingly loyal to the loves of his life who serve as the very foundation of his soul: His family. Semper Fi! 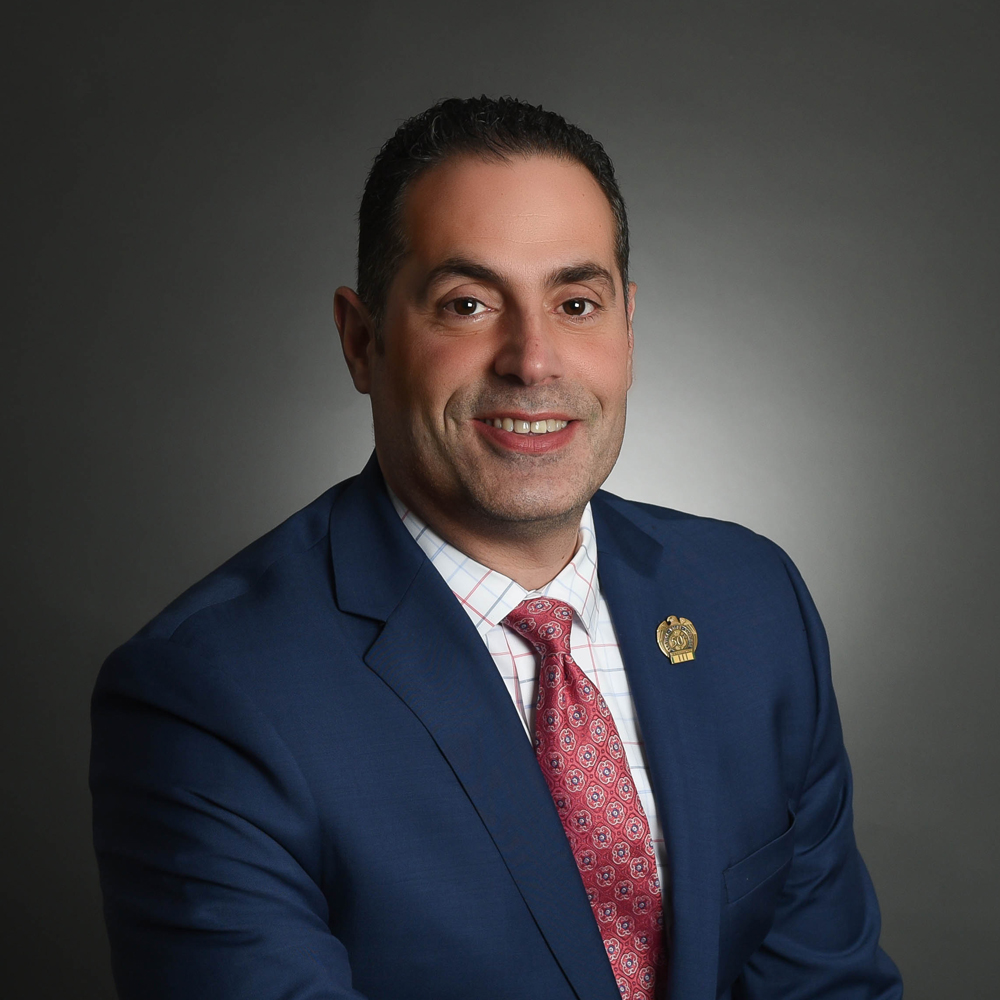 A Saint's Letters from the Depths of Hell

Imagine being a nineteen-year-old young man in New York City in the late 1960s, revered by peers as a charismatic leader and simultaneously serving as the rock of your family. Imagine being that same young man, voluntarily enlisting in the Marines during an American era in which countless young men fear getting drafted into the armed forces and going off to war in a distant, largely unknown land. Now imagine landing in South Vietnam—roughly one year after graduating from high school—during the turbulent, bloody times of late 1967-early 1968 and being called upon to be a steadying influence amongst your brother Marines while trying like hell to survive amidst the maddening chaos of war, one second at a time. Finally, imagine serving as a leader amongst legions of young men whose mantra is LEAVE NO MAN BEHIND while you write letters to your older sister—your best friend—back home, who is counting on you to serve as the best man at her wedding in the summer of 1968. Imagine that this is all before you assume the mantle as the unquestioned leader of the next generation of your family.

"A Saint’s Letters from the Depths of Hell" is the compelling story of United States Marine Vincent (Vinnie) Benore “Saint” Santaniello, based on the dozens of letters that he wrote to his older sister and absolute best friend, Lilly Santaniello; accounts shared by both family friends and brother Marines in Vietnam; and the imagination of his oldest surviving nephew. It is also the touching story of a nineteen-year-old kid who loves his family tremendously and yearns to get back to the simple pleasures of life: calling his beloved sister silly names; likely marrying his high-school sweetheart, Roe; and resuming his role as the rock of the Santaniello family.

This is a memoir of undying love and loyalty, as seen through the conflicting prisms of war and family. This book is an innovative love story, juxtaposed against a backdrop of typical teenaged hijinks that are repeatedly curtailed by the terrifying reality of a bloody, unforgiving war. It is a compelling story of a young leader who would lay down his life for the sake of his brother Marines while simultaneously striving to survive a merciless war and return home to his family. This touching memoir will leave you loving Vinnie, both as a brother Marine and baby brother, as you live vicariously through the love of his tender letters to Lilly. You will be taken on an unforgettable journey through the eyes of a young hero and you will experience the trepidation and anxiety of trying like hell to survive hell and make it back home, against all odds.