Samuel D. Bartoli at one time held the 1992 Southern California Middleweight Golden Gloves Boxing Championship. After some deep soul searching he decided to return to writing and leave the sport in late 1993. He primarily writes nonfiction, inspirational titles with a Spiritual overtone that helps the reader to improve the quality of their life. In his youth he was an altar boy who believed that the priesthood was his calling. After great deliberation in prayer he learned that God was calling him to a different place. Engrained with his Psychology studies which he progressed in at Pasadena City College, along with Philosophy and Religious Studies he has developed an intuitive feel for reaching out to people in need by perceptively and analytically breaking down their situation and solving their problems with the only Truth for which there is— Jesus Christ (God). From time to time Samuel will either write a Fiction story or a screenplay. He has also been known to write a few musical notes for songs which come to him from time to time.

The author presently lives in Los Angeles, CA. where he invests most of his free time in either helping friends with their problems or speaking to teenagers at a youth center where he is a volunteer. He believes that there are four areas of life where a person must concentrate their efforts in order to solve their problems: God (Jesus Christ), family and friends, as well as enemies. He also feels that growth is an ongoing process where a person learns to strengthen the bonds of a relationship (God, family friends, enemies, business partnerships, etc.) through a constant act of communication. Samuel has always felt that birth is the beginning of a wonderful physical experience which teaches us right from wrong and helps us to grow through trial and error. In the end, he believes that if a person has acquired nothing else in this life but the Truth, the truth about Jesus Christ then that person is the richest (spiritual wealth) person to have ever lived. 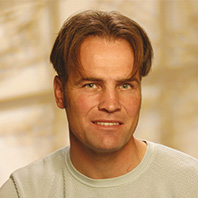 Equanimity: The Spirit Within

Equanimity: The Spirit Within is a book of memoirs and experiences which the author Samuel D. Bartoli started creating the day after he woke up from the most amazing journey of his life. This voyage led him through a trial by fire where he was face to face with the Devil himself in a battle for his soul. Samuel was a former amateur boxer who had spent the last five and a half years of his life trying to make it from the local boxing scene to the big time as a professional prizefighter. After developing a form of Pugilistic Dementia which he can only classify as a first stage impairment of the mental senses he began to develop: Slowed motor skills, impaired speech, lack of concentration while communicating along with shaky hands and blurred vision. Eventually knowing that this battle was going nowhere he could hear the final bell. Calling out to God, the Creator (Father Almighty) comforted and protected Samuel leading him away from the enemy and into Christ's saving light. The book is a form of rebirth for any person looking for not only a new way in which to handle their fears or problems but to grab hold of life and truly enjoy it for its beauty and grace for which God has so richly blessed them with.