Home – AUTHORS – Sherry Alexander
a
Sherry Alexander is a writer, author, blogger, and child advocate who writes both fiction and non-fiction for children and adults. This is her first picture book, and comes from her own childhood memory of two Portland Police Officers who brought her family a food basket when they were in need. It is her dream that someday no child will ever experience hunger again. She lives with her husband of 45 years on a small SW Washington ranch with their two horses, two dogs, and the occasional pack of coyotes. 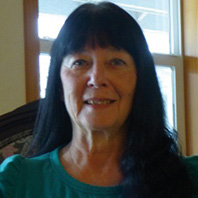 Search for the Red Ghost

Thirteen-year-old Jake Thrasher's mother is dead, and the only clues left by the beast that killed her are a few strands of red hair and a set of plate-sized tracks. When his Army Scout father refuses to hunt it down, Jake takes matters into his own hands. Feeling abandoned and betrayed y his father, Jake's desire for revenge takes him on a dangerous journey that not only tests his courage but his desire to survive. Wolves, snakes, grizzlies, renegade Apache, and the ever-present threat of death are waiting for him. Will Jake find his Red Ghost? Or, will he succumb to the inherent dangers?

Oliver has a Hunger Dragon who rumbles and grumbles. He wants it to go away, but Hunger says he plans to stay. Is Oliver the only one who has a dragon deep inside?Join Oliver as he discovers the power of friendship and the sharing spirit in Oliver's Hunger Dragon.

The Great Camel Experiment of the Old West

In the mid-1800s, the United States needed a better way to protect the great flood of immigrants, pioneers, and settlers headed west along the southern route from Indian attacks, thieves, and murderers. Sending more cavalry wasn't the answer. The land known as the great American Desert was inhospitable to horses and mules. Only one animal "stood the test" in the southwest, and it wasn't a horse. The Great Camel Experiment of the Old West chronicles the journey of that noble beast from the Middle East to the deserts of the American Southwest.